What is drug resistant TB?

A person has drug resistant TB if the TB bacteria that the person is infected with, will not respond to, which means that they are resistant to, at least one of the main TB drugs.

Drug susceptible TB is the opposite. If someone is infected with TB bacteria that are fully susceptible, it means that all of the TB drugs will be effective so long as they are taken properly. It still means that several drugs need to be taken together to provide effective TB treatment.

How do you find out which drugs can be used to treat it?

Drug susceptibility testing is how you find out which drugs will be effective at treating drug resistant TB.

Is it possible to cure drug resistant TB?

It is more difficult to cure TB which is drug resistant than TB which is fully susceptible, but it is still possible.

How do you get it?

There are two ways that people get it.

New tools have enabled researchers to investigate this further. They have found that primary resistance plays a much greater role than previously thought.1

Our best estimates are that globally, at least 75% to 80% is now primarily transmitted, as opposed to primarily acquired during treatment. D Dowdy

So simply doing a better job of treating drug susceptible TB is no longer sufficient for controlling drug resistance. To control it, it is necessary to specifically diagnose and treat it.

What are the main types of drug resistant TB? 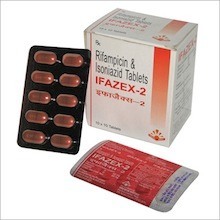 MDR TB is the type of drug resistant TB, when the bacteria are resistant to the TB drugs rifampicin and isoniazid

MDR TB and XDR TB do not respond to the standard six months of TB treatment with “first line” anti TB drugs. Treatment for them can often take two years or more and requires treatment with other drugs that are less potent, more toxic and much more expensive. However, there are now starting to be some shorter regimens for treatment.

What are the statistics for the treatment of drug resistant TB

A doctor checks for signs of life and finds none, in a patient with drug resistant TB in the Ukraine © Misha Friedman/WHO

Globally in 2020 71% of people diagnosed with bacteriologically confirmed pulmonary TB were tested for rifampicin resistance, up from 61% in 2019 and 50% in 2018.

There is more about  high burden TB countries &

This page was last updated in September  2022.
Author Annabel Kanabus

If you have found this page useful please tell other people about TBFacts.org and if you have a website then please link to us at https://tbfacts.org/drug-resistant-tb/.