The TB National Strategic Plan (NSP) 2020 - 2025 is the plan which sets out what the Government of India (GoI) now believes is needed to eliminate TB in India by 2025.

The NSP 2020 - 2025 replaces and "refreshes" the National Strategic Plan 2017 - 2025. It provides a new set of goals which, if met, will result in the elimination of TB in India by 2025. The intention is that the new NSP will accelerate the national response to TB. 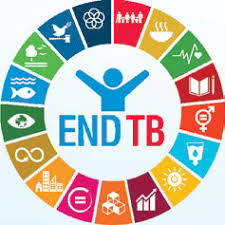 The development of this new NSP started when the NTEP, jointly with the World Health Organisation, carried out the Joint Monitoring Mission (JMM) in 2019. The JMM applauded India's commitment to end TB by 2025 and for the NSP 2017 - 2025.

But despite the achievements and a new commitment to patient centred services, the JMM also suggested many actions that would be needed if  the Prime Minister's targets for 2025 were to be reached.

Moving towards TB elimination in India means that, in a similar way to the NSP 2017 - 2025, the actions required for the NSP 2020 - 2025 have been arranged in four strategic areas, or "Pillars" of Build, Prevent, Detect & Treat. The 2020-25 NSP continues to emphasize the early diagnosis of all TB patients. Together with reducing transmission and treating those at first engagement with the right drugs and regimens together with suitable patient support systems.

What actions are needed to achieve the required reduction in incidence?

To understand the implications of different actions for NSP strategies and interventions, a "modelling" exercise was undertaken to define the TB burden (incidence and mortality) under different scenarios of scaling-up existing and potential newer interventions.

Key interventions which are focused on reducing the TB incidence are :

These interventions will have a considerable impact on the TB disease burden but it is said that they will not on their own have sufficient impact. Additional bold measures to prevent incidence at the population level, are said to be urgently required.

Across the NSP there are a total of 37 indicators which have been set. This will allow the success of the NSP to be monitored annually over the next five years.

If you have found this page useful please tell other people about TBFacts and if you have a website please link to us at https://tbfacts.org/tb-india-nsp-25/.