The disease Tuberculosis (TB) has been known by many different names during the history of TB. The various names have included consumption, phthisis, scrofula, the Kings Touch, The White Plague and the Captain of all these Men of Death.

It is unclear whether all the different names given to TB were actually the disease Tuberculosis. In the Indian document the Sushruta Samhita there is a description of a disease called Phthisis or Sosha. But one of the causes of Sosha is said to be sexual excess.1 Of course we now know that the cause of TB is nothing to do with sexual behaviour. So were several diseases were being confused as one, and was one of these diseases HIV infection?

The Greek name for Tuberculosis was Phthisis 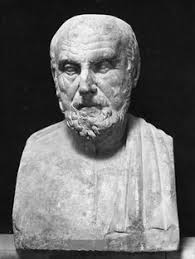 The ancient Greeks described TB and called it phthisis or consumption. Around 460 BCE Hippocrates identified phthisis, or consumption, as the most widespread disease of his age.2

Phthisis is a Greek word used to describe a number of different conditions. It means to waste away, decline, decay, atrophy or literally wasting of the body.

In the Middle Ages there was evidence of Tuberculosis of the cervical lymph nodes of the neck. As a result TB was sometimes referred to as scrofula.3

In the year 496 there was the start of the initiation of the royal touch for scrofula. This was started by Clovis of France. TB was called the "Kings Evil" and it was widely believed that the kings of England and France could cure scrofula simply by touching affected people.4

The Captain of all these Men of Death

This was the name given by John Bunyan to Tuberculosis.5

Tuberculosis became epidemic in Europe in the 17th, 18th, & 19th centuries. As the disease swept across Europe, it was called the White Plague of Europe. This probably referred to the pallor associated with people with TB.

There was one important question that physicians continued to have about the White Plague or Phthisis as it was more medically known. Were scrofula, tubercles and phthisis separate diseases or different manifestations of the same disease.

Some doctors believed at this time that phthisis corresponded to at least six independent diseases. But a French doctor Rene Laennec announced in 1803 that he had found tubercles in all organs of the body, including in muscle and bone. Laennec became convinced that the various lesions found in the phthisical lung were in reality different phases in the evolution of the same disease.

Consumption in the colonial era

Consumption was the common lay term for TB in the early nineteenth century. It was probably the most common killer of American colonial adults at this time.

1839 The word Tuberculosis is adopted

In 1839 J.L. Schonlein suggested that the word "tuberculosis" be used as a generic term for all the manifestations of phthisis, since the tubercle was the anatomical basis of the disease.

If you have found this page useful please tell other people about TBFacts.org and if you have a website please link to us at tbfacts.org/tb-names/