What is drug susceptibility testing? 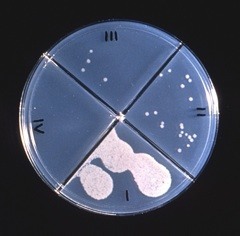 Drug susceptibility testing means testing to find out if a person has got drug resistant TB. That means finding out which drugs the TB bacteria in their body are sensitive to. It is essential that if a person might possibly have drug resistant TB, that this is discovered as soon as possible, in order that the patient can be provided with effective TB treatment.

Historically drug susceptibility testing has been done through culturing bacteria. It has needed specific laboratory facilities and trained personnel. In addition it is a very lengthy process. There are however now some new tests available one of which is the Genexpert test. This is much easier to use, but until recently it only provided very limited information about drug resistance. 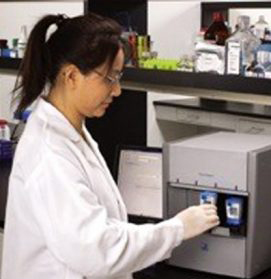 Since resistance arises from genetic mutations, this approach is to detect the mutations themselves. Many mutations associated with resistance have been identified and molecular tests to detect them have been developed. The advantages of molecular methods of drug susceptibility testing include rapid turnaround times, but the disadvantages include a low sensitivity for some compounds, and a major issue is cost.

It is generally perceived that specialist staff are required in order to perform molecular assays. However, some assays such as the Genexpert are extremely easy to use. One test, the TruNat test, can even be taken out of the laboratory setting and used as a “near” point of care test. The Genexpert was however until recently limited in the resistance that could be detected.

Beacon assays detect M. tuberculosis complex and associated rifampicin resistance directly from sputum samples using ultra sensitive PCR. The Genexpert TB assay is an automated real time based system that has a number of advantages including the fact that it is a closed tube system. The WHO is encouraging the use of the Genexpert TB test, but it does have a number of disadvantages.

Line probe assays are drug susceptibility tests that use PCR and reverse hybridization methods for the rapid detection of mutations associated with drug resistance. Line probe assays are designed to identify M. tuberculosis complex and simultaneously detect mutations associated with drug resistance. One of the disadvantages with these assays is that they have an open-tube format, which can lead to cross contamination and an increased risk of false positive results.

Line Probe Assay (LPA) technology is suitable for use at national/central reference laboratories, or at laboratories where there is proven capacity to conduct molecular testing. There must be adequate and appropriate laboratory infrastructure and equipment. This must also include the necessary biosafety precautions and the prevention of contamination. Appropriate laboratory staff also need to be trained to conduct LPA procedures.1

Between December 2019 and January 2021, the World Health Organisation (WHO) published three rapid communications on the subject of TB.

The first Rapid Communication concerned changes to the treatment of drug resistant Tuberculosis. Changes suggested by the evidence review included the phasing out of shorter injectable containing regimens and the introduction of a shorter all oral bedaquiline containing regimen for eligible MDR/RR-TB patients. In addition, in patients with extensively drug resistant TB (XDR-TB) a shorter regimen with bedaquiline, pretomanid and linezolid may be used under operational research conditions as an alternative to the longer regimen.2

The second Rapid Communication concerned the use of Molecular Assays as initial tests for the diagnosis of tuberculosis and rifampicin resistance. This Rapid Communication aimed to inform national TB programmes and others, about the key implications of the latest evidence on the use of specific molecular assays as initial diagnostic tests of pulmonary and extrapulmonary TB and RR-TB in adults and children. 3

Finally, the third Rapid Communication was an update on the use of nucleic acid amplification tests to detect TB and drug resistant TB. 4

If you have found this page useful please tell other people about TBFacts.org and if you have a website please link to us at tbfacts.org/drug-susceptibility/.