When does the history of Tuberculosis in South Africa start?

There is evidence from South African literature that Tuberculosis was occurring in South Africa at the time of the arrival of Dutch settlers at the Cape in 1652. There are differing views though as to whether the disease was occurring in the native population prior to this. Many people have held the view that most natives had not been routinely exposed to the disease before and therefore offered little biological resistance to it. This is the theory that the native black people were a so called “virgin soil” for TB. 1 However oral history and linguistic studies have suggested that the disease had been occurring for some time among some black peoples, such as the Zulus, although at a very low level.2 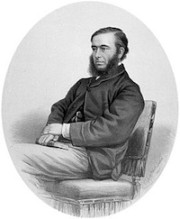 In the early nineteenth century there were various reports that TB “did not exist among the tribes of South Africa”. However in 1867 Dr William Budd wrote that coastal “negroes are particularly liable to phthisis” (an alternative name for TB), but “in the interior, where contact with Europeans is slight, there is reason to believe that phthisis does not exist”.3

By around 1860 there had been outbreaks of TB in places like Butterworth and Queenstown, and wherever military, trading or missionary outposts existed. It was in such places that the African population came into close contact with white settlers and began to contract their diseases. These outbreaks were however isolated and the disease did not spread.4

Tuberculosis in South Africa in the late 19th century

In the late nineteenth century the level of TB was so high in Europe, that many people with TB moved away from the cities towards rural sanatoria or to what were perceived as the favourable climates of distant colonies such as South Africa. The benefits of the South African climate for those with “consumptive” complaints was publicised extensively in books and articles during this period. The following comes from a local newspaper during the 1890s.5

“The Cape which cures consumption; the Cape which is of Good Hope to all weak chests; the Cape which offers life and health and a career to the Englishman suddenly confronted by that modern absolutes, the doctor, with the cold sentence of death or exile! ”

The towns where “consumptive” immigrants collected included Beaufort West, Cradock and Burgersdorp in the Karoo, with Cape Town being the main port of entry.6 The threat such imported cases of TB represented for the native-born populations of the colony, both black and white, was not appreciated prior to 1895, and indeed the infectious nature of Tuberculosis had only been discovered in 1884.

The arrival of the eastern Europeans

Alongside the Europeans who came to South Africa to improve their health were thousands of impoverished eastern Europeans. Most came from countries with a high prevalence of TB, and most had been infected with TB at some point in their lives. The prospects of most of these eastern European refugees were poor. Prevented from making a reasonable living, and unable to properly care for and feed themselves or their families, these settlers often suffered reactivation of their disease and became open sources of infection within the community.

The absence of legislation requiring the registration of deaths in the Cape Colony, or indeed elsewhere in South Africa before 1895 made it impossible to assess the impact that TB was having on mortality rates. Unaware of the potential consequences of the immigration of people with TB, town officials in the Cape Colony initially made no effort to limit the spread of infection among the town’s non infected inhabitants.7

However in 1895 it was said by Dr Gregory, the Medical Officer of Health for Cape Colony that “of all the diseases attacking the natives and Coloured” (of Cape Colony) “tuberculosis is by far the most important”.8 The situation was similar in other “consumptive resorts” of the colony and in 1896 the death rate from TB among Africans and coloreds in Beaufort West was 8.7 per 1,000.9

With compulsory notification of TB occurring towards the end of the century, the district surgeon for Aliwal North was able to estimate that the mortality rate in 1897 for whites in Aliwal North was 19.9 per 1,000 and among the native born white population of the town it was 13.6 per 1,000. For the African population there was an annual incidence of 62 per 1,000 which is so extraordinarily high that it is possible that it was an over diagnosis of cases. 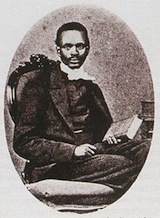 Tiyo Soga was the first African minister to be ordained into the ministry of the Presbyterian Church in South Africa. He worked to translate the bible into his native Xhosa language. He died of tuberculosis in South Africa in 1871. He was among the first Christian leaders to assert the right of black Africans to have freedom and equality.10

The History of TB and urbanisation in South Africa

Until the 1870s the South African economy was dominated by herding and agriculture, and the the absence of large urban centres with sizeable African populations no doubt limited the spread of TB among Africans prior to 1870. But in 1867 diamonds had been discovered near Kimberely, South Africa, gold was discovered on the Witwatersrand in 1886, and between 1891 and 1911 the urban population of South Africa increased by 200 percent.

Much of the increase was caused by the arrival of thousands of unskilled African workers and by the rapid urbanisation of coloreds. By 1890 there were roughly 20,000 Africans working on the diamond fields at Kimberley and nearly 60,000 working in the the gold-mining industry on the Witwatersrand. By 1910 the number of mineworkers on the Rand had grown to over 200,000.11

“two hundred thousand subterranean heroes who, by day and by night, for a mere pittence, lay down their lives to the familiar “fall of rock” and who, at deep levels ranging from 1,000 to 3,000 feet in the bowels of the earth, sacrifice their lungs to the rock dust which develops miner’s phthisis [tuberculosis] and pneumonia.”
Sol Plaatjies, 1914

The early development of the Tuberculosis epidemic

In the history of Tuberculosis in South Africa it is unclear exactly when TB began to spread so quickly that it became of epidemic proportions but certainly the years between 1895-1910 seem to have been critical. Black TB mortality rates in Cape Town rose from 5.5 to 8 per 1,000 between 1896 and 1906. In Port Elizabeth the situation was even worse with rates as high as 15 per 1,000 at the end of the nineteenth century. In the smaller towns of the western Cape black death rates exceeded 10 per 1,000 while in Cradock and Beaufort West, two of the so called “resort” towns, rates between 12 and 14 per 1,000 were common during this period. In 1905 the medical officer of health for the Cape Colony noted that:

“It is a significant fact that the centres of the Colony, such as Beaufort West, which we formerly knew to be free from disease and which, owing to their particularly favourable climatic conditions, have been chosen as health resorts by immigrant consumptives, should at the present day be the most severely affected by the disease, its incidence falling not only on the native but also on the European portion of the population.”

With TB being of concern to both white and black working class families, and with there being a call for improvements in both working and living conditions, both government and private charities began more active TB control efforts. TB was declared a notifiable disease, with compulsory registration of all cases, in the Cape and in Natal in 1904. In 1919 TB was made a notifiable medical condition throughout the entire country.

During this time the sanatoria movement was the primary method of treating TB patients and controlling the spread of disease.

It is considered by some people that during this five year period South Africa "turned a corner" in relation to TB. AIDS denialism had come to an end. And TB testing with Genexpert was introduced countrywide meaning that diagnostic results, including resistance testing were available within a couple of hours. There was also better detection of TB among people living with HIV.

If you have found this page useful please tell other people about TBFacts.org and if you have a website please link to us at tbfacts.org/history-tb-south-africa/