What is MDR TB?

Other drugs then need to be taken by the person if they are to be cured of TB.

What is RR TB?

For many years MDR TB has been the most basic form of drug resistant TB, and the type of TB for which many statistics were collected. Then in 2016 RR TB started to become more widely discussed because many people are now being diagnosed with TB using the Genexpert test. The Genexpert test detects resistance to rifampicin as well as resistance to isoniazid.

How do you get MDR TB or RR TB?

There are two main ways that you can get them. Firstly you can get them if you don’t take your drugs exactly as you have been instructed to by your health care provider. You may also get them if you are not taking the correct drugs. This could possibly be because your bacteria are resistant to more drugs than your health care provider realised. Maybe you have undiagnosed XDR TB. This is referred to as acquired TB.

You can also get them if you get TB bacteria from another person who already has MDR or RR TB. This is known as primary TB. It used to be believed that most people have acquired TB. But it is now realised that many more people than were previously realised have primary TB.

How many people have it?

Can MDR TB cause people to die? 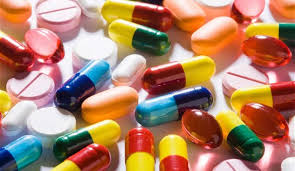 In 2019 the World Health Organisation (WHO) recommended that there should be a major change to the treatment for drug resistant TB with shorter regimens being made available for many patients.

Previously treatment for drug resistant TB had often required a large number of drugs to be taken taken for up to two years. Also the drugs often caused severe side effects in patients. So various efforts were being made to develop shorter regimens which were easier to take.

The first shorter and easier to tolerate regimen was known as the Bangladesh regimen. It appears to have a higher cure rate than “standard” regimens.

How common is it?

The table below shows the estimated number of cases for each World Health Organisation (WHO) region.

Estimated incidence of MDR/RR-TB in 2018 for WHO regions

There are 30 high burden countries for MDR TB.

If you have found this page useful please tell other people about TBFacts.org and if you have a website then please link to us at https://tbfacts.org/mdr-tb/.